On November 15th, 2015, the National Prize “Safety is Everybody's Business” was awarded for the second time at a ceremony in Moscow.

The Prize has been set up by the Russian National Traffic Safety Society in order to promote road safety across the country. The short list of the Prize included more than 180 contenders.

By the decision of the board of experts, VZGLYAD Research and Technology holding was awarded with a diploma for its achievements in development and production of hi-tech devices improving road safety and traffic order, as well as for implementation of ITS hardware projects. 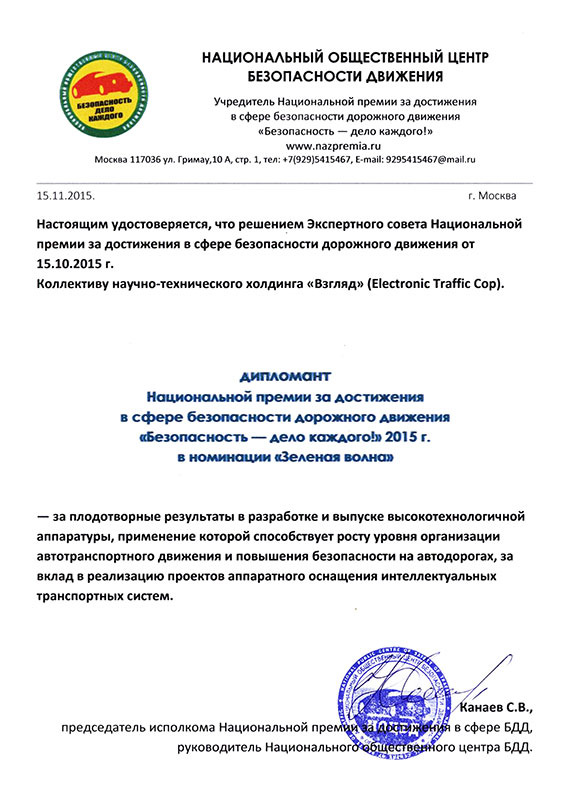